In gospel principles class today at church today we had a really good lesson about service. There were several people in the class who aren’t LDS, there was also a few who had recently joined the church. Yet everyone in the class contributed comments or questions or helped read from the manual or scriptures. I love how we’re all from different backgrounds yet there was a unity in how we felt about the need to serve people around us to make theirs and our lives better and happier.

One of the questions our teacher asked was what are some examples from Jesus’s life where he served other people? One person mentioned the washing of the Apostle’s feet and how this demonstrated his humility doing even seemingly undesirable types of service, another girl brought up the feeding of the five thousand, someone else mentioned how the Savior had went away to be alone after the death of John the Baptist and then people still managed to find him– even though he was in mourning and probably had preferred to be alone he still helped the people that came to him.

I thought of when the Savior was on the cross, in his moment of greatest agony he was still thinking of other people. He told the man on the cross next to him (I’m paraphrasing) “today you’ll be with me in paradise”. This was no doubt a huge comfort to a man who had acknowledged he was guilty and deserved to be punished but that Jesus was innocent, yet the Savior wanted him to know there was forgiveness available to him. Also while on the cross the Savior thought of his mother and he told John who was standing near her, “behold thy mother”, in effect giving John the responsibility to care for her since he no longer could. In everything he did, Christ was our perfect example of an unselfish servant of God and of the people around him. He was not concerned with being inconvenienced or with his own suffering or pain, everything he did was to reduce and eliminate the suffering of others and bring light into their lives. He said in Luke: 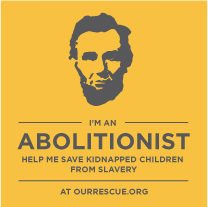